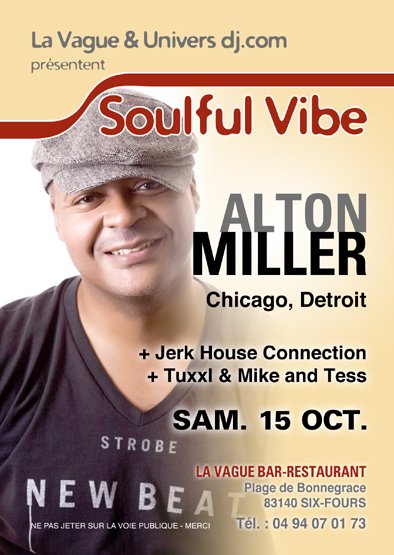 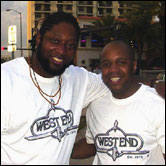 In English
Taken from 2mybeat.com :
Blaze is comprised of singer / songwriter Josh Milan and producer / engineer / DJ Kevin Hedge. This songwriting / production team has been recording dance-oriented music for over 20 years, and is considered by many of dance music’s elite to be pioneers of the soulful house genre.

In 2005, Blaze wrote and produced the international hit “Most Precious Love” feat. Barbara Tucker, which landed them the U.K. House Music Awards “Song Of The Year” and shot up to a NO.1 position on Billboard’s Hot Dance Club Play Chart.

In 2006, Blaze authored the song “One Dream,” which was performed by Grammy Award Winner Louie Vega & The Elements Of Life Orchestra in front of millions of viewers around the world during the opening performances at Super Bowl XLI.

Blaze are one of the artists I prefer in the house scene. When I feel a little sad having a hard day, their messages plenty of good vibes are making myself better… Enjoy this mixshow. It is only 20 songs of their discography. I hope you will enjoy.

From France, Theo is an eclectic artist that has produced music since his debut as a club and radio dj in 1992. Since 1999, he has been releasing tracks on the french label Bazoline, with original lounge-oriented tracks as well as other collaborations and remixes.

In 2004, he released his electronica ep “souk” on the net label Kahvi collective, which gave him the idea of starting the Nuchoon collective since at the time there were not many internet labels for djs.

When it comes to music, Theo does it all. House, breaks, electro, lounge… His live act ( dex n fx ) is constantly blurring the line between the live act and the dj, playing a neverending collage of his own productions and the live remixing of other artistâ€™s tracks.

More infos about Theo on the Nuchoon Website and on Myspace.

I was born and grew up in Rome but now I live in Israel.
I’m a Dj for many years now(15 or so…), I’ve played in lots of clubs here and there(Europe, Asia, Russia, Ibiza), together with big and small Dj’s…
It’s all good…

Currently, after an almost 7 years of residency at the Fetish Club (Tel-aviv) I’m focusing more on producing in my studio…
Dj is my real love, so I’m still playing in special occasions, and once a month at the Fetish Club (today Maxim). Life has been good to me…
I’m great-foul.

In 1990, JoVonn exploded on to the Dance scene with his second release, “Turn and Runaway” on Warner Bros. Records, which reached number 10 on the Billboard chart. Since then JoVonn has produced more than 200 records in the Dance, R&B, Hip-Hop, and Neosoul genres, but his true love is Dance music. To JoVonn, Dance music is more than just another genre. It is a feeling, an emotion, a passion. He compares its feeling to Gospel saying, “Itâ€™s spiritual”.

Some of JoVonnâ€™s more recent Dance hits include â€œOld Man Groanâ€, â€œJurassic Houseâ€, â€œCircle Danceâ€, â€œHeâ€™s Moreâ€ (feat. Carolyn Harding), â€œSet It Off-Remixâ€ (feat. Strafe), â€œDjoonâ€ (on UK Basic), â€œSomething About Dis Loveâ€ (feat. Carol Sylvian) & â€œPraiseâ€ (on WestEnd Records), â€œDonâ€™t Waste Your Timeâ€ (feat. Stephanie Cook) & the â€œSpiritâ€ album (on Track Mode) and countless others. He has had the opportunity to produce for some other greats such as Kenny Bobien, Toni Smith, and Sabrynaah Pope just to name a few. JoVonn is not only a master at producing Dance music; he also has many Hip-Hop, R&B and neosoul titles under his belt. Not to mention independent movie scores and soundtracks.

In addition to being an internationally renowned producer and club DJ, and while wearing his other hats as a singer, song writer and musician, JoVonn, founded his first Dance label, Goldtone Records, in the early 1990’s. His latest Dance record label ventures, NextMoov Records and NextMoov Traxx, are dedicated to bringing the deep, soulful Underground sound into the new millennium. JoVonn has accomplished this with his trademark gritty sounds, hard kicks, phat bass lines and jazzy chords. As for whatâ€™s on the horizon, keep an eye out for BaseRoom Entertainment, JoVonnâ€™s Hip-Hop/R&B label.

A native of Brooklyn and current resident of Queens, JoVonn has been active in the music scene since the age of 10. Supported by his mother, a keyboard player; and father, a guitar/bass player, who were aspiring R&B singers; he was nurtured with a solid musical foundation. JoVonn began his ongoing career as a Hip-Hop DJ at the age of 14. He started out spinning records at block parties, and continues playing for birthday celebrations, proms and other social events. JoVonn was introduced to Dance music by hanging out in such Brooklyn clubs as Sapphires, Club Saturn, and Club Serene. In his later years, clubs such as the Loft, the Choice, Snobbusters, and Zanzibar, solidified his commitment to Dance music. 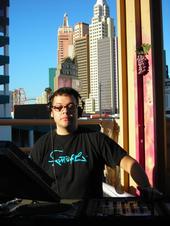 William Rodriquez III, born in 1980 was already collecting 45’s by age 4. His style of djing, producing, remixing and creating beats was influenced by the various sounds of music he was listening to at this young age from his parents and family. His dad introduced him to the underground sound of Cerrone, The Blackbyrds, Brass Construction, Gino Soccio and Loose Ends. His mom introduced him to Donna Summer, Boz Scagges and Stevie Wonder. By 1990, he learned to play the keyboard by ear and was introduced to the sounds of Hip Hop by his brother playing music by NWA, Boogie Down production, Kwame and EPMD. During this time he also enjoyed the sound that New Wave music created. This rich musical background influenced Will to make his own beats with two tape decks and his keyboard. By 1992, he got his first turntables and was introduced to the sound of deep house. His cousin Victor played music by Groove Committe, early Strictly Rhythm and Nervous Releases., This vibe had a lasting impression on William and he was soon playing his first gig at age 11, and for the forthcoming years made a name for himself in the LA scene, spinning both hip-hop, rare groove and house at underground clubs and partys. Will’s music production was also taking off, after updating and advancing his studio set up he quickly found a groove that has stunned the world over. His debut release Take me to a Place was signed by Frankie Feliciano for his critically acclaimed Ricanstruction Label. This was quickly followed by a string of remixes for Sole Channel NYC, Home Recordings in Toronto, Mn2S in England and Uk Basic in London – rocking dancefloors and radio waves wherever they were played. Will is now hot property, and finding his production and DJ skills in high demand. Listening to the sounds of Blaze, DJ Spinna, Mr. V, Alix Alvarez, Osunlade and MAW only encourage Will to create more music and push more boundries.

DJ Therry is the other DJ for the Jerk House Connection. (http://www.myspace.com/jerkhouseconnection)
He is a large collector of vinyls and plays Disco funk, House, Garage and Deep.
He is the wisdom behind the group; One of his many highlights include playing at the 2001 Gay Pride in Marseilles where he managed to get over 4000 people dancing before playing again 100km away and two hours later, a now mythic mix on the beaches of HyÃ¨res during the After Off for the Aquaplaning festival, in front of artists and other professionals of the music business.
He’s played in several lounges and discos which include: ( Le Bar Ã  Thym, L’Endroit, Le Quemao, L’Octopussy, Le Cesar, L’Enk, Le 113, Le Yacht Club, Le Dizzy Club, Le Divino.)
He has also mixed for the following festivals to name a few:
LGP party at the Dock des Sud (Marseille)
The new fashion designer festival (HyÃ¨res)
Aquaplaning Off; after of the Aquaplaning 3
The Phare festival (Toulon)
The Yellow South Week at Wax (Paris)
Midem 2002 at Sun 7(Cannes)
Hair Style and Co Cabaret Sauvage Party (Paris)
5th Exposition of nowadays music (Toulon)
Sunslice Festival (1st part of Dennis Ferrer and JÃ©rÃ´me Sydenahm as well as after)
Musical Festival of new talent (Toulon)
Mars Attac (Marseille).
Ibiza World Tour 5 (Plan de Campagne)
He has hosted a radio show with Dj Bool on Radio Active and organised with the latter and another DJ the Change various parties in 2004 and 2005.
At present he is the resident DJ at the Bar / Restaurant / Lounge La Vague in Six-Fours. 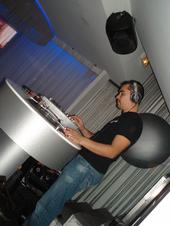 Dj since a few years in the Aix en Provence and Marseille areas, he’s playing deep and soulful house like a few Djs are playing in this place ravaged by bad electro sound and commercial music…

He’s playing on a radio broadcast every saturdays from 20 to 21 called ApÃ©ro Star on Radio Star.

Mike is also having a blog and a myspace place where you can reach for him. 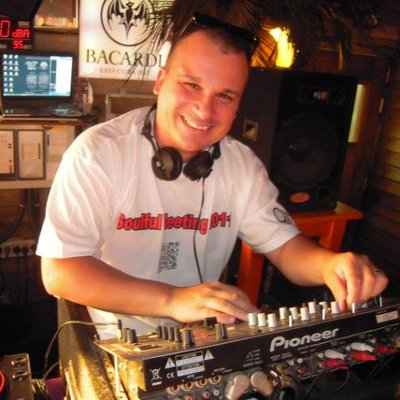 Eric aka Dj TuXxL is living in south of France in a town called Salon de Provence. It is a nice place for living, not far away from Marseille.

He was also President of a french soulful house community called Univers DJ wich was trying to promote soulful house on http://www.universdj.com with Djs, parties promoters, labels, records shops, hardware shops and soane… This website created in 2001 was the only french portal talking about soulful house.

That Soulful Show is available on several FM, webradios and socials medias.

It is really pleasant to play and to meet all friends making this music all around the web and also in real life in clubs.